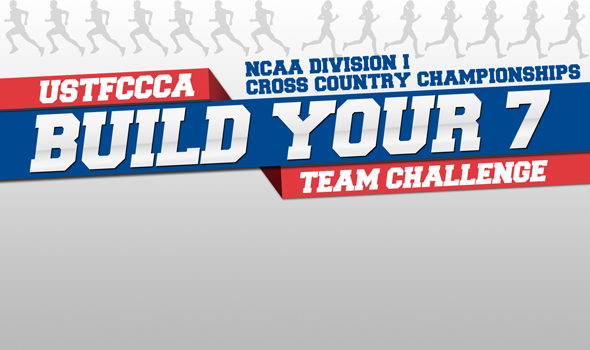 Part of the fun is, of course, watching the races unfold. The other part: predicting how it’s going to happen. It’s one thing to predict the finishing order of the race. But can you hand-pick a seven-runner squad that’s better than anyone else’s in the country?

You’ve got that chance to find out as the U.S. Track & Field and Cross Country Coaches Association (USTFCCCA) announced on Sunday its inaugural "BUILD YOUR 7" TEAM CHALLENGE for Saturday’s Division I Championships.

How does it work? Simple: you pick your seven-runner team, watch the NCAA Championships in person or on NCAA.com (while following along on the USTFCCCA National Results Wall), and see how the seven runners you picked stack up against the teams created by other XC fans around the country.

The catch? Don’t expect to just load up on last year’s top seven returners. Where’s the fun in that?

Here’s how it’s going to work. Your seven runners will come from two different categories:

It’s that simple. You get to pick two squads: a men’s team and a women’s team (pick both or your teams won’t submit). Regular NCAA scoring rules apply: we take the top five finishers from your seven and add up their team points. Lowest score wins. Entries close Saturday morning prior to the start of the races.

Winners will get the satisfaction and bragging rights of being the most knowledgeable individual who entered this contest. The entrant with the lowest combined men’s and women’s score will lay claim to even more significant bragging rights.

Additionally, check in to USTFCCCA.org in the middle of the week for a special NCAA Championships Fantasy Draft Podcast featuring some of the pre-eminent cross country contributors around the country (plus the USTFCCCA communications staff), including: