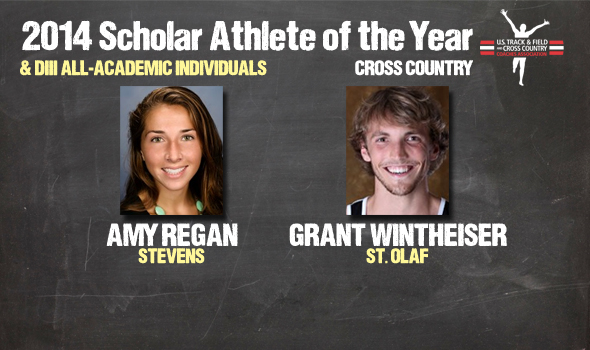 National champions Amy Regan and Grant Wintheiser added Division III Scholar Athlete of the Year awards to the national titles they captured in November. The U.S. Track & Field and Cross Country (USTFCCCA) announced the honors for the 2014 cross country season.

Beyond the two Scholar Athletes of the Year, 325 women and 246 men in Division III earned USTFCCCA All-Academic honors; honorees must have a cumulative GPA of at least 3.30 and have finished in the top 25 percent of finishers at regionals. 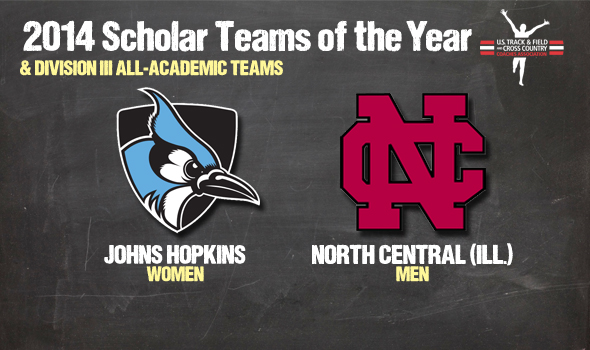 The Johns Hopkins women and the North Central (Ill.) men are the U.S. Track & Field and Cross Country Coaches Association (USTFCCCA) Division III Scholar Teams of the Year for the 2014 cross country season.