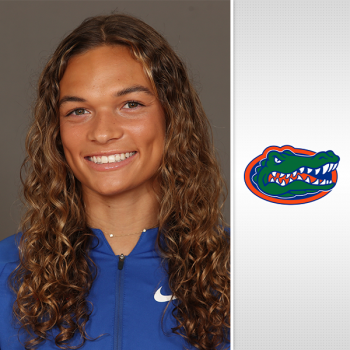 Anna Hall was named the National Women’s Field Athlete of the Year for the 2022 NCAA DI Outdoor Track & Field season. Hall, who hails from Highlands Ranch, Colorado, turned the heptathlon into her personal playground this season. By the time Hall polished off her NCAA title-winning effort with 6385 points at the NCAA DI Outdoor Championships in Eugene, Oregon, she would have added three all-time top-10 performances to the collegiate record book – No. 2 (6458), No. 5 (6412) and No. 7 (6385). Her 6458-point effort came at the USATF Combined Event Championships, where she won the U.S. title and capped the seven-eventer with an American and collegiate record in the 800 meters within the confines of a heptathlon. That leaves the 6412-point total, which Hall amassed in her season debut at the Texas Relays.