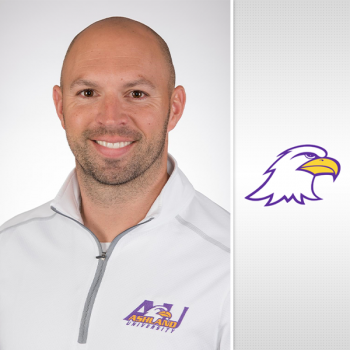 Clark, in his third year at Ashland, guided his Eagle sprint squad to new heights this indoor season. His athletes combined for 51 points to lift the Eagles to a team title at the NCAA Division II Indoor Track & Field Championships this past weekend in Birmingham, Alabama. The Eagles scored in every sprint event contested and contributed to the DMR. He coached Trevor Bassitt, one of the nation’s top athletes this season, and guided him to two NCAA DII records and three national titles. His sprinters scored 76 points at the GLIAC Championships and claimed five conference titles.