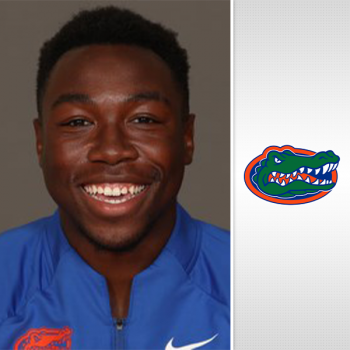 Joseph Fahnbulleh was named the National Men’s Track Athlete of the Year for the 2022 NCAA Division I Outdoor Track & Field season. Fahnbulleh, who hails from Hopkins, Minnesota, truly starred at the NCAA DI Outdoor Championships. He became the fifth athlete in the past seven years to complete the 100-200 double and did so with PR marks in each final: 10.00 (+0.6) in a stirring comeback victory; 19.83 (+0.6) to become the No. 4 performer in collegiate history. Not only did he sweep the short sprints, he also anchored Florida to a runner-up finish in the 4×100 relay. Fahnbulleh also helped the Gators win the 4×100 relay at the SEC Outdoor Championships and finished runner-up in the 200-meter final.