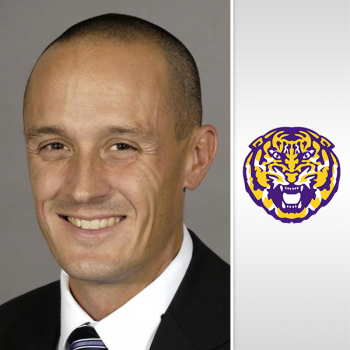 Lane, in his 14th year at LSU, was named the National Men’s Assistant Coach of the Year. His athletes played a major role in helping the Tigers win their first national title since 2002, scoring 27 of the team’s 84 points. JuVaughn Harrison, who matched the second-best performer in collegiate history in the high jump and became the sixth-best performer in collegiate history in the long jump during the regular season, continued his dominance of both jumps and swept the crowns. Sean Bodie-Dixon PR’d in the triple jump with a World U20-leading mark of 16.61m (54-6) and placed fourth. Rayvon Grey added a seventh-place finish in the long jump. During the regular season, Lane’s jumpers dotted the national top-10 lists and scored 22 points at the SEC Outdoor Championships in College Station, Texas.