It wasn’t until her 15th career final that Gail Devers of UCLA won her first title at the NCAA Division I Outdoor Track & Field Championships.

Devers made it a statement victory, winning the 1988 NCAA 100 meters by a whopping 0.28 seconds – almost twice as large a margin as the meet had ever seen before.

The time was also incredible – a wind-aided 10.86 – that made Devers the fastest collegiate woman under any conditions. Devers earlier had set the wind-legal collegiate record of 11.05 just two weeks earlier at the Pacific 10 Championships.

Asked if the monkey was off her back, Devers responded: “Yeah, monkey, refrigerator, house – whatever you want to call it.”

But there was still work to do – Devers had two more finals and every point was crucial as UCLA was in the middle of a knockout team battle with defending champ LSU.

Some 30 minutes later, Devers lined up for the 100-meter hurdles final, an event in which she held the American record and collegiate record after scorching a 12.61 at the Pac-10 meet.

In a dramatic race, Devers led until crashing into the ninth hurdle, which allowed Arizona State’s Lynda Tolbert to take control and win in a meet-record 12.82. Defending champ LaVonna Martin of Tennessee (12.85) and Devers (12.90) followed in the meet’s first trio of sub-13 hurdlers.

At this point, Devers had amassed 26 points in the meet as she was also runner-up in the long jump and had anchored UCLA’s second-place 4×100 relay team. That was second-most points in meet history to the 28 that Nebraska’s Merlene Ottey accumulated in 1983.

But UCLA trailed LSU by five points in the team race, and the concluding 4×400 would decide the team crown. Devers – normally the Bruins’ anchor – ran the second leg and recorded her fastest-ever split of 51.4. In a thrilling finish, UCLA – anchored by freshman Janeene Vickers – won the race but runner-up LSU scored enough to win the team title by three points (61-58), then the closest women’s team finish in meet history.

Devers finished the meet with point totals that have yet to be equaled by any woman in meet history – 28½ points in a single meet and a career total of 71¼ points.

Post-collegiately, Devers earned legendary status as one of the world’s all-time greats. She is the only athlete – man or woman – with multiple Olympic or World Championships gold medals in the 100 meters (3) and the hurdles (3). 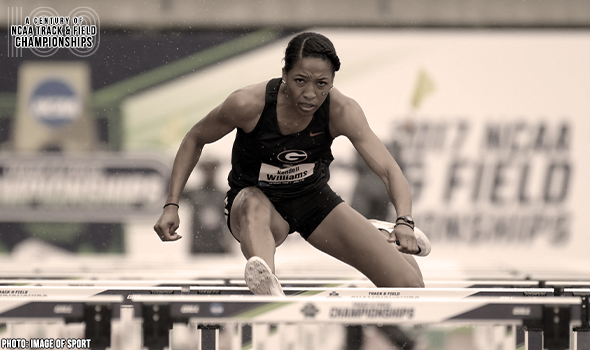 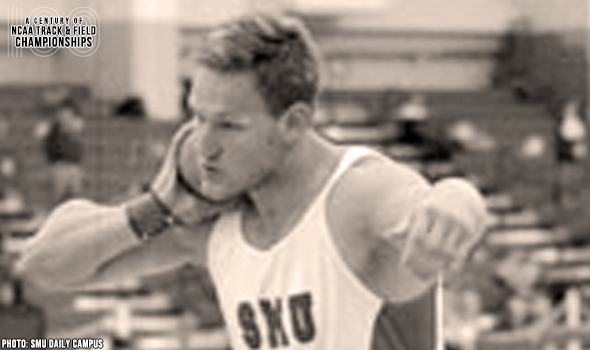 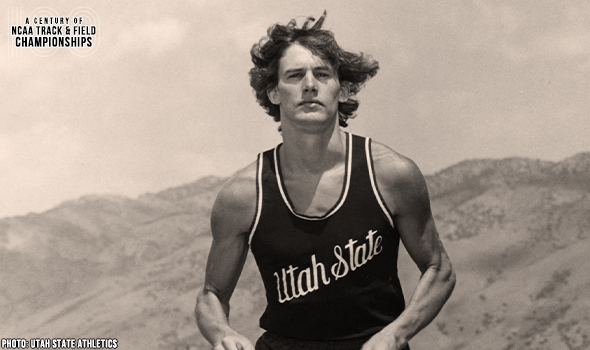 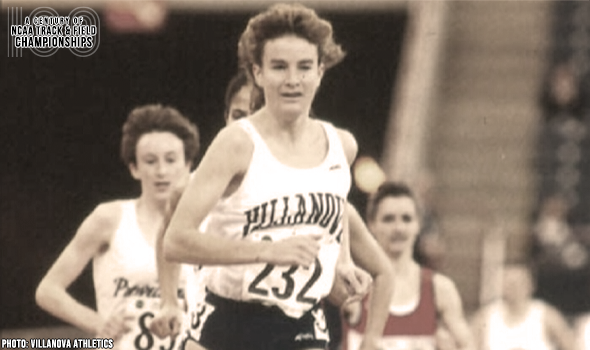 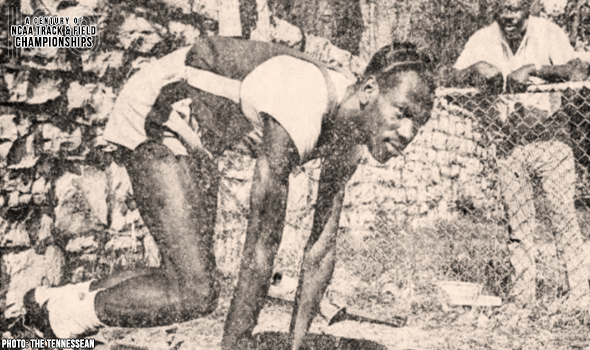 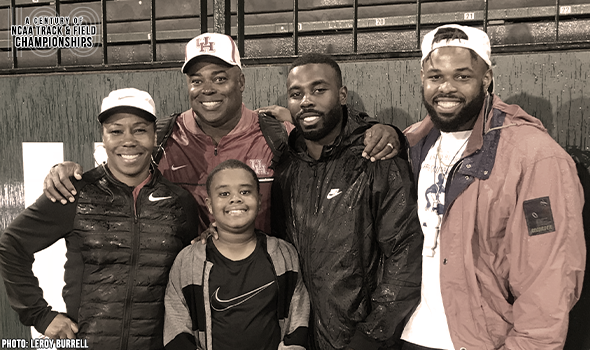 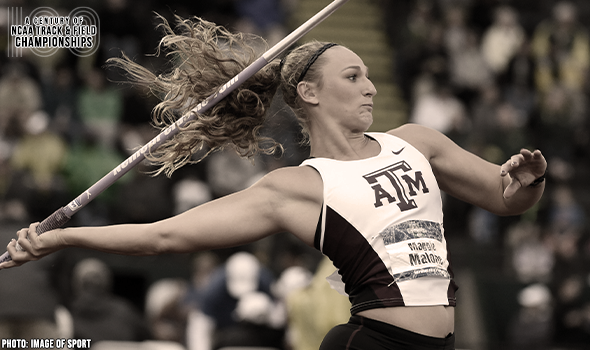 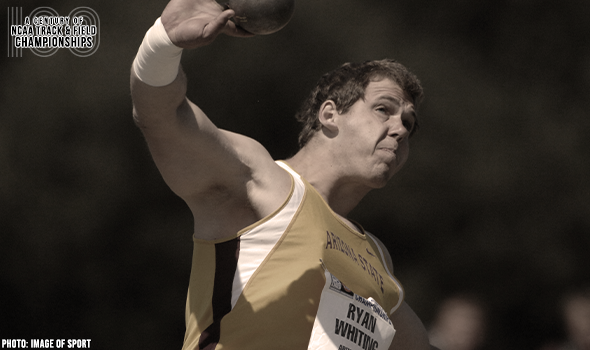 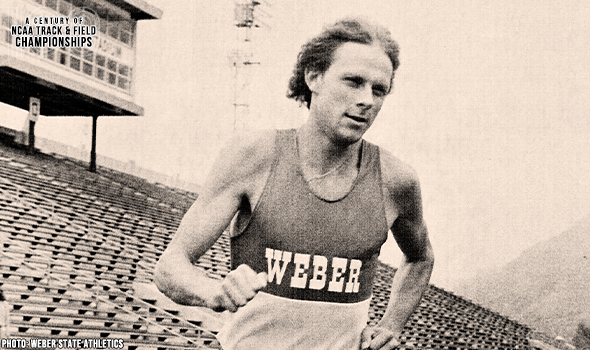 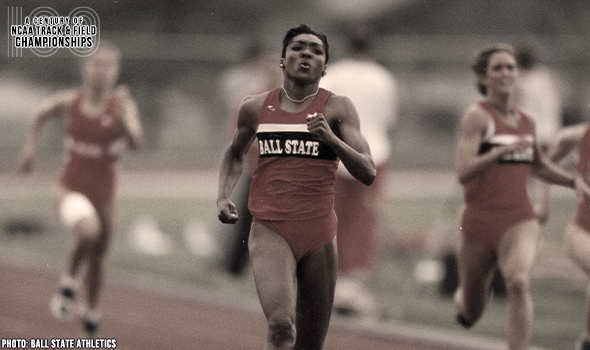