NEW ORLEANS – Which is going to be deeper in Duluth, Minnesota, this coming December: a.) the legendary snow banks or b.) the list of women competing for a top-seven NCAA Championships roster spot on head coach Joanna Warmington’s women’s cross country team at Minnesota Duluth?

With a stud frontrunner in returning top-10 national finisher sophomore Samantha Rivard and “eight to nine people who all could be a third, fourth or fifth runner” under Warmington’s tutelage for the No. 4 Bulldogs, the answer to that question very well may be “B”. That’s saying a lot considering Duluth has the 15th-highest annual snowfall rate of any U.S. city of more than 50,000 people at 80 inches.

Of course that’s a debatable apples-to-oranges premise, to be sure, but here’s a fact: Five years into her tenure as head coach at Minnesota Duluth, Warmington has put the No. 4 Bulldogs into position to contend for the NCAA Division II Cross Country team title.

Not just this year, mind you, but also into the foreseeable future with a formidable group of first-years, sophomores and juniors.

To do so would be historic for UMD. Never before have the Bulldogs even been on the podium (top four) at NCAAs, with a program-best seventh-place showing in 2009 and most recently a 10th-place finish a year ago. All seven women are back from that 2013 squad, and Warmington – a Minnesota native, herself – has them prepped to go hard this year.

En route to their national goals – which we discuss below – they hope to notch wins at Roy Griak, the NSIC Championships and the Central Regional. Not to mention a potentially epic duel with two-time defending champion No. 1 Grand Valley State at the Notre Dame Invitational.

With all that in mind, here’s what Coach Warmington had to say on the upcoming season, the Bulldogs’ potential and that pesky Duluth snow – which could be more of a problem this year than ever. 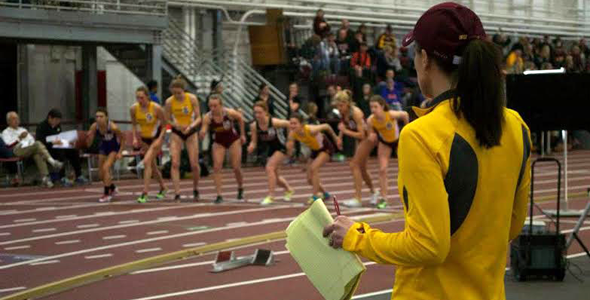 Q: Congratulations on the No. 4 rank in the preseason National Coaches Poll! Based on what you’ve seen of your team this fall, do you think that’s an accurate rank for your team? And does the lofty preseason positioning add any pressure to your team this year?

A: Yes and yes. I have quite a few freshmen with great talent coming in. I have a very young, talented team already. Through doing the research on the teams out there in the country and who they’ve lost or brought in, I really feel it’s accurate. Now, it’s accurate to the fact that we need to stay healthy, but we also have a lot of depth and in past year’s we haven’t had that. Right now, I’m running eight to nine people who all could be a third, fourth or fifth runner. That makes me feel good when every year there is someone with injury or sickness.

Q: Incoming freshmen aside, you already have a relatively young team: last year’s 10th-place team had a pair of freshmen and a trio of sophomores. How did going to nationals for the first time last year benefit them into the track season and now into this cross country season?

A: Just watching them from the cross country season into the track season, they really grew. The cross country season was really just a starting point. I don’t feel we ran as well as we could have at nationals. We had a great conference and region, and my coaching actually peaked them a little early, so there’s always a learning curve. They took with them into the indoor and outdoor seasons a lot of growth, and they kept growing. This year, they’re excited. They’re ready to make some lofty goals and to say we’re ready to do it. We understand some of our mistakes and where can improve in racing.

Q: Speaking of lofty goals, I imagine Samantha Rivard has some after her phenomenal debut cross country and track seasons – including a national indoor mile title – in 2013-14. What kind of growth are you look for from her this year and what kind of potential do you think she has?

A: She came in so raw last year, not really doing much summer training. Now, she’s a completely different person. Right now, I’ve actually been pulling back the reins on her. This summer she did so much high mileage. If I could tell you a time she ran last week in practice, it’s amazing. She’s ready to go after the title. As far as her speed, sometimes we’ve sat down and had conversations about where she wants to go with her training. Does she want to challenge herself more with the longer distance races? Or does she want to stick with the mid-range? I don’t think she really knows either. I know she wants to run competitively after college, so in my mind I think we’re keeping her in the faster race realm, because she’ll have plenty of time to do longer races once she graduates. 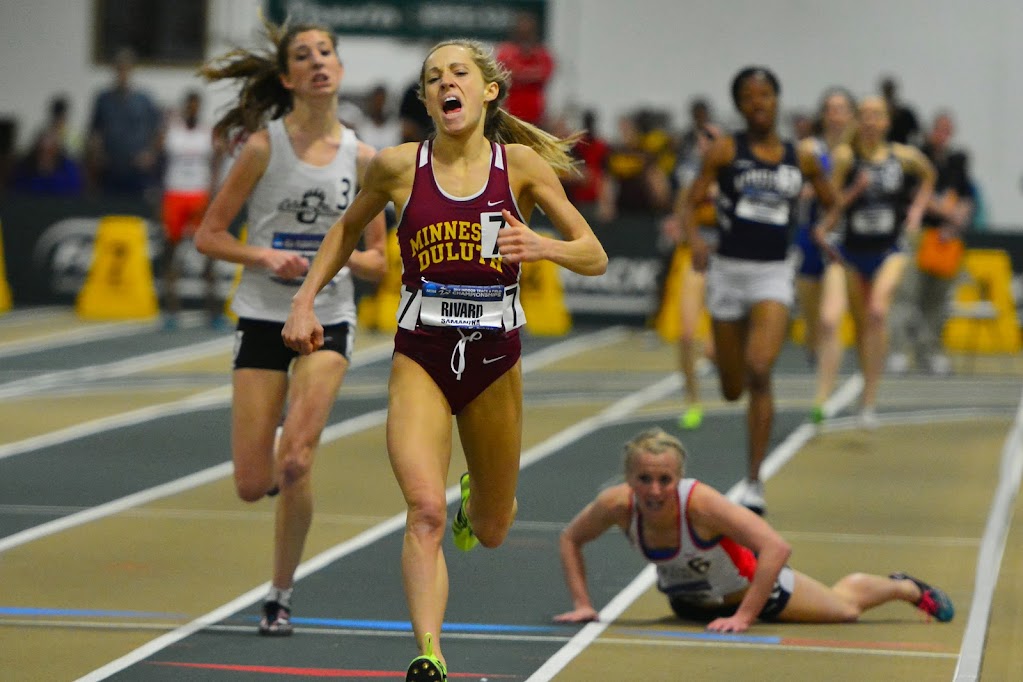 Q: Looking down the road, your Central Region and the NSIC are both shaping up to be very tough this year. What sort of competition are you looking forward to this year in those venues?

A: I know that in our region and conference, Augustana (S.D.) is a very strong program. That’s a program that I’ve always admired and have been watching along with U-Mary and along with Winona State. Those are the teams that have been up there in the past. They always have great coaching and they always bring people in the next year. Even though some of them might be just a little bit down, I know they’re going to be right there. We can’t rest. We have to be on top of our game.

Q: Seventh is the highest UMD has finished at nationals. What’s the goal this year?

A: Our goal is to make podium, and if the stars are aligned, we’re all feeling great and some other teams maybe falter, who knows? We’re going to come in, we’re going to be ready to compete, and we’re going to see what happens on that day. For sure, we’d love to be top-four.

Q: What are some of the key things your team is going to have to do between now and then to get that done?

A: The one obstacle that is a little different for us this year that I’m not worried about but I’m having to watch is that this is a festival year. Our season is long. Nationals are December 6. It’s a long time to train people, especially when they’re doing their summer running coming in. And with where we’re located we could have snow in the middle of October with November being very cold.  It’s the timing of me wanting to practice with faster-paced interval in a situation where we could have a foot of snow and 20 degree temperatures. I’m worried a bit about the weather and the timeline of training, but as far as my team’s talent level and motivation goes, we’re ready and we’re just going to have to be creative to get it done.