The USTFCCCA and collegiate track & field will join together to mark a momentous milestone in the spring of 2021 — the 100th anniversary of the staging of championships in the NCAA and with that, the NCAA Outdoor Track & Field Championships.

In celebration of this upcoming landmark, over each of the next 365 days, the U.S. Track & Field and Cross Country Coaches Association (USTFCCCA) will present moments and feature student-athletes and coaches that have made a century’s worth of championships special. From humble beginnings to important historical milestones to the modern-day, collegiate track & field has evolved with the American society.

Each day, a new moment, tidbit, or spotlight will be added to an ongoing blog at USTFCCCA.org and featured on the Association’s social media. It will start tomorrow, May 27, with a synopsis of the first-edition, 1921 championships.

“We celebrate where we’ve been and where we are going,” said USTFCCCA CEO Sam Seemes. “Our aim in delivering this compelling content over the next year’s time is to not only highlight the incredible moments that have occured, but also to demonstrate the importance of collegiate track & field to the sport, collegiate athletics, and society as a whole. The championships have evolved, weathered ups-and-downs, but has always served as a model of future progress, inclusion, and a template for showcasing student-athlete excellence and experience through athletics.” 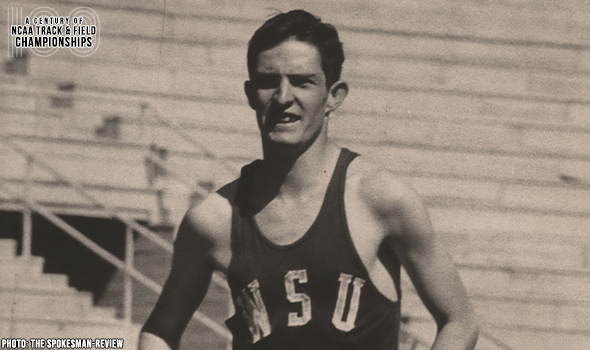 Lindgren Had No Peer In NCAA

Gerry Lindgren of Washington State swept the 3-mile/5K & 6-mile/10K at the NCAA Outdoor Championships three consecutive times between 1966 and 1968. 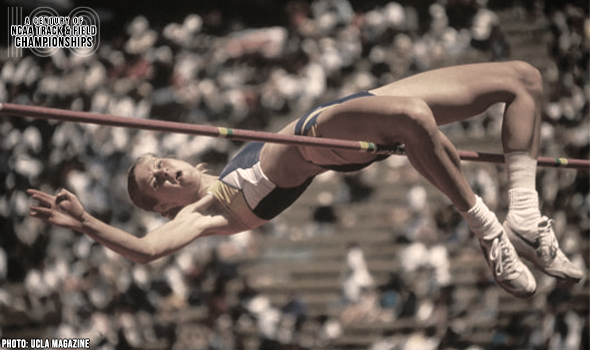 Amy Acuff of UCLA set a still-standing meet record in the high jump at the NCAA Outdoor Track & Field Championships in 1995. 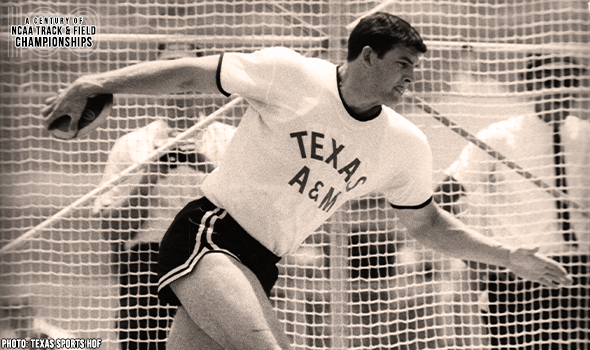 Randy Matson of Texas A&M set multiple world records in the shot put and dominated that event and the discus in the collegiate scene. 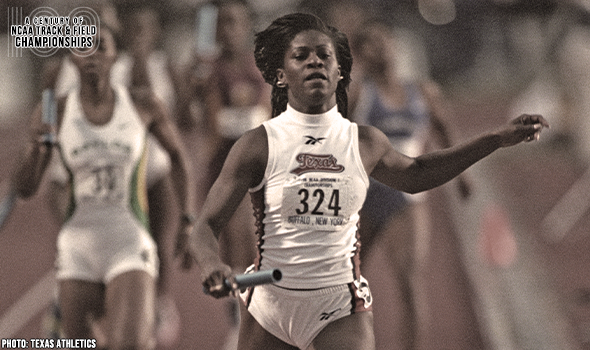 Suziann Reid of Texas is the only athlete in NCAA history – regardless of division – with three 400-meter crowns and four 4×400 relay titles. 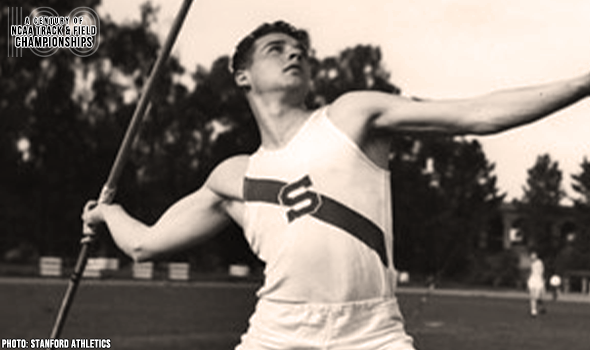 For The Helds, The Javelin Is A Family Affair

Bud Held of Stanford is one of only two men in NCAA DI history to win three consecutive javelin titles at the NCAA Outdoor Championships. 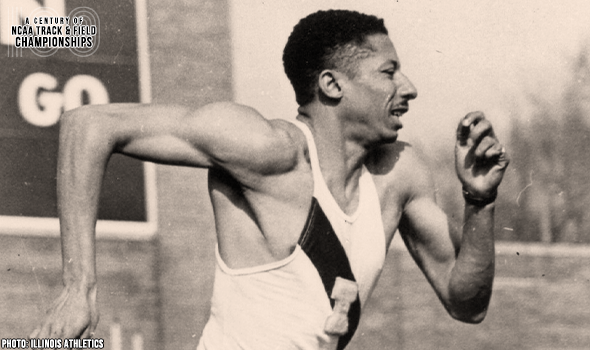 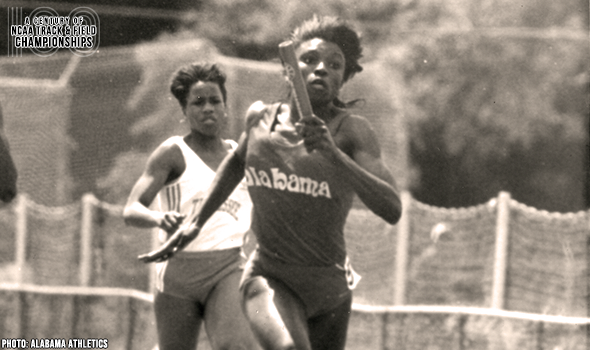 Davis Rolls To Collegiate Record In 1989

Pauline Davis of Alabama set a collegiate record of 50.18 in the 400 Meters at the 1989 NCAA Division I Outdoor Track & Field Championships. 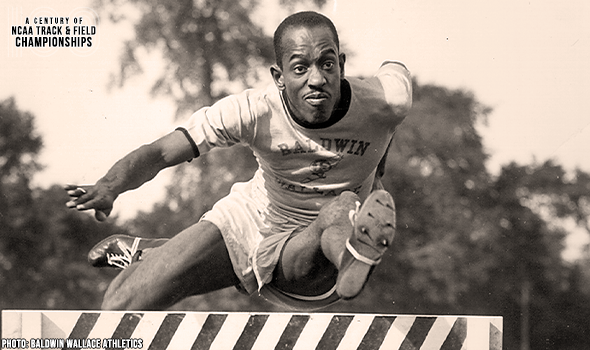 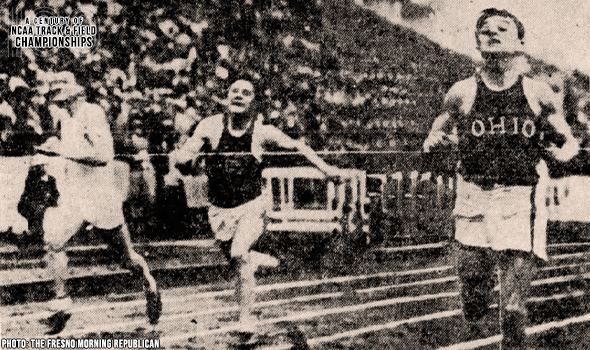 Simpson Sprints To All-Time Mark In 1929

In 1929, George Simpson of Ohio State was so far ahead of his time that he set a world record in the 100 yards that couldn’t be ratified. 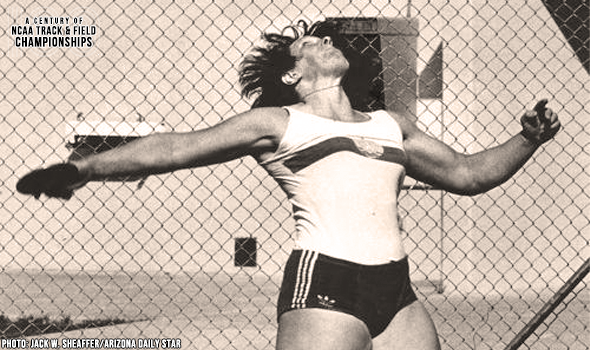 Ritchie Doubles Down In The Throws

Meg Ritchie of Arizona became the first woman in the history of the NCAA Division I Outdoor Track & Field Championships to win any two events in 1982.