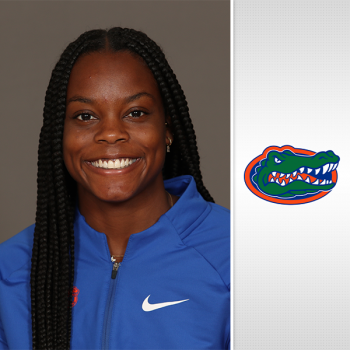 Jasmine Moore was named the National Women’s Field Athlete of the Year. Moore, who hails from Grand Prairie, Texas, ruled the runway during the indoor season. She became the only female athlete in NCAA DI history to sweep the horizontal jumps at the conference and NCAA level. Not only that, but Moore notched the two best marks in collegiate history in the process in the triple jump: her collegiate record of 14.57m (47-9¾) to win the NCAA title and her 14.55m (47-9) effort in late January that originally took down 2018 The Bowerman winner Keturah Orji’s all-time indoor best. Moore also led the nation in the long jump at 6.75m (22-1¾), a mark that she used to capture the event title at the SEC Indoor Championships.